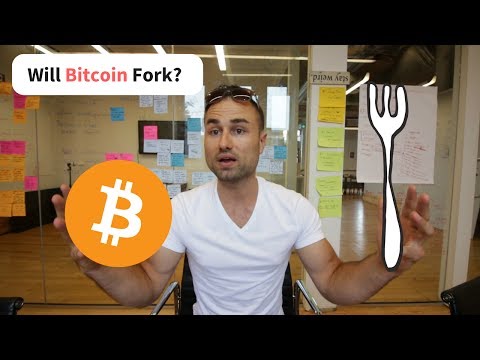 Luke Dashjr on Apr 04 2017:
Recently there has been some discussion of an apparent work-in-progress
extension block proposal by Christopher Jeffrey, Joseph Poon, Fedor Indutny,
and Steven Pair. Since this hasn't been formally posted on the ML yet, perhaps
it is still in pre-draft stages and not quite ready for review, but in light
of public interest, I think it is appropriate to open it to discussion, and
toward this end, I have reviewed the current revision.
For reference, the WIP proposal itself is here:
==Overall analysis & comparison==
This is a relatively complicated proposal, creating a lot of additional
technical debt and complexity in comparison to both BIP 141 and hardforks. It
offers no actual benefits beyond BIP 141 or hardforks, so seems irrational to
consider at face value. In fact, it fits much better the inaccurate criticisms
made by segwit detractors against BIP 141.
That being said, this proposal is very interesting in construction and is for
the most part technically sound. While ill-fit to merely making blocks larger,
it may be an ideal fit for fundamentally different block designs such as
Rootstock and MimbleWimble in absence of decentralised non-integrated
sidechains (extension blocks are fundamentally sidechains tied into Bitcoin
directly).
==Fundamental problem==
Extension blocks are a risk of creating two classes of "full nodes": those
which verify the full block (and are therefore truly full nodes), and those
which only verify the "base" block. However, because the extension is
consensus-critical, the latter are in fact not full nodes at all, and are left
insecure like pseudo-SPV (not even real SPV) nodes. This technical nature is
of course true of a softfork as well, but softforks are intentionally designed
such that all nodes are capable of trivially upgrading, and there is no
expectation for anyone to run with pre-softfork rules.
In general, hardforks can provide the same benefits of an extension block, but
without the false expectation and pointless complexity.
==Other problems & questions==


from the next resolution txid in reality).
This breaks the ability to spend unconfirmed funds in the same block (as is
required for CPFP).
The extension block's transaction count is not cryptographically committed-to
anywhere. (This is an outstanding bug in Bitcoin today, but impractical to
exploit in practice; however, exploiting it in an extension block may not be
as impractical, and it should be fixed given the opportunity.)


block txids and wtxids as the leaves.
This needs to elaborate how the merkle tree is constructed. Are all the txids
followed by all the wtxids (tx hashes)? Are they alternated? Are txid and
wtxid trees built independently and merged at the tip?


Output script code aside from witness programs, p2pkh or p2sh is considered


invalid in extension blocks.
Why? This prevents extblock users from sending to bare multisig or other
various possible destinations. (While static address forms do not exist for
other types, they can all be used by the payment protocol.)
Additionally, this forbids datacarrier (OP_RETURN), and forces spam to create
unprovably-unspendable UTXOs. Is that intentional?


The maximum extension size should be intentionally high.


This has the same "attacks can do more damage than ordinary benefit" issue as
BIP141, but even more extreme since it is planned to be used for future size
increases.


Witness key hash v0 shall be worth 1 point, multiplied by a factor of 8.


sigops in the redeem script, multiplied by a factor of 8.
Please define "accurately counted" here. Is this using BIP16 static counting,
or accurately counting sigops during execution?


data in the witness vector, every 73 bytes in the serialized witness vector is
worth 1 additional point.
Is the size rounded up or down? If down, 72-byte scripts will carry 0
points...)
==Trivial & process==
BIPs must be in MediaWiki format, not Markdown. They should be submitted for
discussion to the bitcoin-dev mailing list, not social media and news.


Extension blocks are more of a hard-fork IMO.


BIPs may not be "public domain" due to non-recognition in some jurisdictions.
Can you agree on one or more of these?
https://github.com/bitcoin/bips/blob/mastebip-0002.mediawiki#Recommended_licenses

This specification defines a method of increasing bitcoin transaction


roughly 10 minutes. It is not possible to change this rule. There has been
great debate regarding other ways of increasing transaction throughput, with
no proposed consensus-layer solutions that have proven themselves to be
particularly safe.
Block time seems entirely unrelated to this spec. Motivation is unclear.


transaction opt-in, serialization, verification, and network services, and as
such, extension block activation entails BIP141 activation.
As stated in the next paragraph, the rules in BIP 141 are fundamentally
incompatible with this one, so saying BIP 141 is activated is confusingly
incorrect.


This specification should be considered an extension and modification to


This specification prescribes a way of fooling non-upgraded nodes into


believing the existing UTXO set is still behaving as they would expect.
The UTXO set behaves fundamentally different to old nodes with this proposal,
albeit in a mostly compatible manner.


Note that canonical blocks containing entering outputs MUST contain an


extension block commitment (all zeroes if nothing is present in the extension
block).
Please explain why in Rationale.


Coinbase outputs MUST NOT contain witness programs, as they cannot be


sweeped by the resolution transaction due to previously existing consensus
rules.
Seems like an annoying technical debt. I wonder if it can be avoided.


the first input script, allowing the miner of the genesis resolution to add a
special message. The pushdata MUST be castable to a true boolean.
Why? Unlike the coinbase, this seems to create additional technical debt with
no apparent purpose. Better to just have a consensus rule every input must be
null.

Should specify that spending such an exit must use the resolution txid, not
the extblock's txid.


as well as additional size/legacy-sigops added to the canonical block due to
entering or exiting outputs.
BIPs should not specify policy at all. Perhaps prefix "For the avoidance of
doubt:" to be clear that miners may perform any fee logic they like.


Transactions within the extended transaction vector MAY include a witness


vector using BIP141 transaction serialization.
Since extblock transactions are all required to be segwit, why wouldn't this
be mandatory?
consensus rule.
Note this makes adoption slower: wallets cannot use the extblock until the
economy has updated to support segwit-native addresses.


How so? Please explain.


A consensus dust threshold is now enforced within the extension block.


within an extension block transaction, an extra 700-bytes is reserved on the
transaction space used up in the block.
Why wouldn't users set this on all transactions?


default_witness_commitment has been renamed to


default_extension_commitment and includes the extension block commitment
script.
default_witness_commitment was never part of the GBT spec. At least describe
what this new key is.
Should be just extblk if backward compatibility is supported (and !extblk
when not).

A scriptPubKey (or redeemScript as defined in BIP16/P2SH) that consists of a 1-byte push opcode (for 0 to 16) followed by a data push between 2 and 40 bytes gets a new special meaning. The value of the first push is called the "version byte". The following byte vector pushed is called the "witness program". We use cookies to ensure that we give you the best experience on our website. By clicking "OK," and using the BitcoinValue.com website, you agree and understand the statements mad I have some doubts about P2SH-P2WPKH BIP16. I can read the witness program and I understand that a node is triggered when find 0 and 20 o 32 bytes in scriptSig or ScriptpubKey, more precisely:. If is P2WPKH nested in BIP16 P2SH node check inside scriptSig and search 0-20 bytes (witness program). the witness program must be uguale to redeem script. . (address start bitcoin BIP16 翻译 摘要. 这个BIP描述了比特币脚本系统中一个新的标准交易类型，定义了额外的验证规则，但是只能适用于新的交易。 动机. pay-to-script-hash脚本类型的目的是将构建交易的成本从发送交易方转嫁到赎回方。 forked from bitcoin/bitcoin. Watch 536 Star 3.4k Fork 25.3k Code. Issues 35. Pull requests 9. Actions Projects 0. Wiki Security Insights Permalink. Browse files. Loading status checks… Litecoin: Adjust BIP16 value Loading branch information; thrasher-committed Sep 27, 2017 Verified This commit was signed with a verified signature. ...

Accept payment while you are in the bath #bitcoin

Well the current value of a bitcoin has been quite volatile lately in relation to other traditional currencies. But the Bitcoin plan calls for the creation of only 21 million bitcoins. In this way ... This video is unavailable. Watch Queue Queue. Watch Queue Queue Close. This video is unavailable. In the past, a UASF was successfully carried out to activate the P2SH soft fork (BIP16). The UASF concept was combined with SegWit activation in the BIP148 proposal which can be found here: github ... Aaron explains why Bitcoin has value in NORMAL EVERYDAY LANGUAGE.