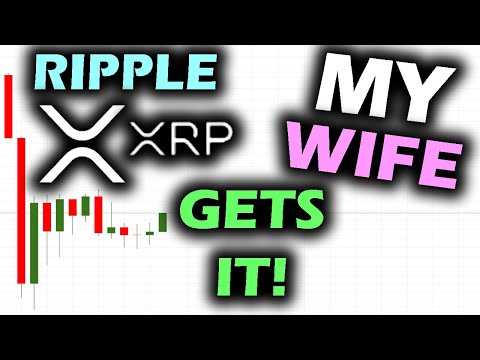 A Closer Look at Ripple's Distribution of XRP

I consider myself to be an informed member of the XRP community. I have a Twitter feed of all the prominent personalities/researchers to keep tabs on the news. I watch the metrics on utility-scan.com daily and even wrote a calculator to help understand what ODL is doing over time. I regularly check in on global metrics like volume, wallet openings, and the distribution of XRP within wallets.
Up until recently, if you asked me to explain how XRP is distributed out to the public, I would point you to two resources. The first is an article on XRPArcade explaining how Jed McCaleb's XRP sales are structured (not the topic of this post). The other place would be the XRP Markets Reports provided quarterly by Ripple. There you would understand that for the past year Ripple has increasingly slowed the sales of XRP and only is selling in small amounts to facilitate liquidity in markets. Based on this data, I've seen discussions on /cryptocurrency and elsewhere claiming that XRP's inflation rate is lower than Bitcoins and is near 0. Based on publicly provided data I've realized that this is not the case. XRP's distribution rate is very different than the impression painted by the XRP Markets Reports.
TLDR; Ripple is trying to paint a narrative that very little XRP is entering the market. In reality sales of XRP are very low, but XRP entering circulation remains much higher from an inflationary perspective and that rate has remained relatively unchanged from 2016 onward.
Before I dive into the data, I'd like to take a brief pause and state that in no way am I writing this to be FUD. Clear and accurate data is extremely important to me. Much of the recent community conversation has revolved around hopium and dot connecting that is unverified. It's a public ledger, but most people don't take the time to track the numbers. I'm hoping to shed more light on these important factors since there is no doubt that XRP's rate of distribution can effect the price. Ok, soapbox over.
I first was clued in that something was off while listening to a SamIAm video here. Basically Sam is calling out Ripple over their Q1 Markets Report because they didn't mention around $18 million of XRP paid to MoneyGram. Now technically this isn't a sale of XRP, but it's convenient to leave out and we would only know that this was happening because the SEC forced MoneyGram to report it on their Quarterly Investor Report.
Next I was scratching my head over a data discrepancy. Tether flipped XRP on LiveCoinWatch weeks before the other tracking sites like CoinGecko and CoinMarketCap. Upon closer inspection I realized that all these sites retrieve the XRP circulating supply from a single API call and LiveCoinWatch had coded their site incorrectly. They were pulling the XRP numbers from last year.
The API is here and anyone can checkout the data: https://data.ripple.com/v2/network/xrp_distribution. I believe that there is a companion private API Ripple uses to power their pie chart here: https://ripple.com/xrp/market-performance. Notice that the market performance (at the time of this posting) is for May 17th while the public API only goes to April. I don't know why Ripple hasn't updated the public API in a month. Since the public API has a history of postings you can go back and track the "distributed" tag all the way back to the middle of 2016. Here's what I found.
The 2016 data starts halfway through the year, so you can make an educated backfill guess for that year's number as well. Ripple has been distributing between 2 and 2.6 billion XRP a year with 2017 being a the high watermark. Interestingly the number distributed in 2019 is not that much different in spite of Ripple touting significantly reduced sales for almost the whole year.
So lets talk about the term "XRP Distributed" versus "XRP Sales" obviously Ripple is providing the data for both stats, but they only talk about sales in the markets reports. Distribution is a much wider term. It can include things like "Business Development" like MoneyGram discussed above. It could be compensation incentives given to Ripple employees. Xpring is known to fund investments using XRP. All of these items aren't reported because they are not sales. Even with some generous guesses to the above categories, I have no idea what Ripple is really doing with the XRP in 2020 if they're not selling it. Even factoring in about 90 million XRP given to MoneyGram, there's still a significant amount distributed and I would love some opinions on what they think Ripple is doing with this XRP.
Some takeaways for me:

Which cryptocurrency to buy?

App Name: TradingView - stock charts, Forex & Bitcoin ticker
Description: Stock charts with real-time market quotes & trading ideas. Traders & Investors.
Simple for beginners and effective for technical analysis experts, TradingView has all of the instruments for publication and the viewing of trading ideas. Real-time quotes and charts are available for wherever you are at whatever time.
At TradingView, all data is obtained by professional providers who have direct and extensive access to stock quotes, futures, popular indices, Forex, Bitcoin and CFDs.
You can effectively track stock market and major global indices such as the NASDAQ Composite, S&P 500 (SPX), NYSE, Dow Jones (DJI), DAX, FTSE 100, NIKKEI 225, etc. You can also learn more about exchange rates, oil prices, mutual funds, bonds, ETFs and other commodities.
TradingView is the most active social network for traders and investors. Connect with millions of traders from around the world, learn from the experiences of other investors and discuss trading ideas.
Advanced Charts TradingView has excellent charts that surpass even desktop trading platforms in quality — all for free. No compromises. All of the features, settings and tools of our charts will also be available in our app version. Over 10 types of charts for market analysis from different angles. Starting with an elementary chart line and ending with Renko and Kagi charts, which focus heavily on price fluctuations and barely take time into account as a factor. They can be very useful for determining long-term trends and can help you earn money.
Choose from a large selection of price analysis tools, including, but not limited to, indicators, strategies, drawing objects (i.e. Gann, Elliot Wave, moving averages) and more.
Individual watchlists and alerts You can track major global indices, stocks, currency pairs, bonds, futures, mutual funds, commodities and cryptocurrencies all in real-time.
Alerts will help you not to miss the smallest of changes in the market and will allow you to react in time to invest or sell profitably, increasing your overall profit.
Flexible settings help you to track the indices you need and also group them in a way that is convenient for you.
Syncing your accounts All saved changes, notifications, charts, and technical analysis, which you began on the TradingView platform will be automatically accessible from your mobile device through the app.
Real-time data from global exchanges Gain access to data in real-time on more than 100,000 instruments from over 50 exchanges from the United States, Russia, the East, and countries in Asia and Europe, such as: NYSE, LSE, TSE, SSE, HKEx, Euronext, TSX, SZSE, FWB, SIX, ASX, KRX, NASDAQ, JSE, Bolsa de Madrid, TWSE, BM&F/B3, MOEX and many others!
Commodity prices In real-time, you can track prices for gold, silver, oil, natural gas, cotton, sugar, wheat, corn, and many other products.
Global indices Track major indices of the world stock market in real-time: ■ North and South America: Dow Jones, S&P 500, NYSE, NASDAQ Composite, SmallCap 2000, NASDAQ 100, Merval, Bovespa, RUSSELL 2000, IPC, IPSA; ■ Europe: CAC 40, FTSE MIB, IBEX 35, ATX, BEL 20, DAX, BSE Sofia, PX, РТС, ММВБ (MOEX); ■ Asian-Pacific Ocean Regions: NIKKEI 225, SENSEX, NIFTY, SHANGHAI COMPOSITE, S&P/ASX 200, HANG SENG, KOSPI, KLCI, NZSE 50; ■ Africa: Kenya NSE 20, Semdex, Moroccan All Shares, South Africa 40; and ■ Middle East: EGX 30, Amman SE General, Kuwait Main, TA 25.
Cryptocurrency Get the opportunity to compare prices from leading cryptocurrency exchanges, such as HitBTC, Binance, BitBay, Coinbase, Mercado Gemini, Kraken, Huobi, OkCoin, and many others. Get information on prices for: ■ Bitcoin (BTC), Litecoin (LTC), Ripple (XRP); ■ Ethereum ( ETH), Ethereum Classic (ETC), IOTA; ■ Dogecoin (DOGE), USD Coin (USDC), Tron (TRX); ■ Stellar (XLM), Tether (USDT), Cardano (ADA); ■ Monero (XMR), ZCash (ZEC), Dash.
Playstore Link: https://play.google.com/store/apps/details?id=com.tradingview.tradingviewapp
Mod Features: Additional indicators available in pro version of this app