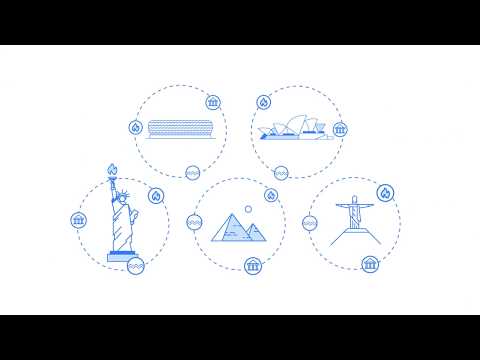 Worldcoin: Think Outside The Banks

Worldcoin is a digital currency secured by cryptography. As a descendant of Bitcoin it shares many similarities but is more advanced and friendly to Brick and Mortar Businesses which require the fastest speed possible."
[link]

An intelligent platform to manage, invest, trade and spend cryptoassets

Midas Protocol is an intelligent platform created for crypto-traders, from newbies to experts. We aim to be the smartest universal wallet for all essential crypto needs, from safekeeping, intelligent trading, portfolio management, easy conversion to fiat and spending of cryptocurrencies. More info on Midas Ecosystem: https://blog.midasprotocol.io/birds-eye-view-of-midas-ecosystem/
[link]

Want an alternative to the Bitcoin Foundation? Then check out Global Bitcoin Alliance. Formed from bottom-up movements in a number of countries (Argentina, Canada, Israel and more). You have a choice!

We are the Global Bitcoin Alliance, Ask Us Anything

Hello /bitcoin!
We are the Global Bitcoin Alliance, a decentralized network of non-profit organizations that promote and protect Bitcoin around the world. We have been promoting Bitcoin for some time, providing information, encouraging business and individual adoption, locally in our respective regions, and globally.
If you have questions for us on any topic, please post them here.
Unfortunately not everyone could make it, but we have with us today:
We will be here for at least next hour taking your questions, but the post will be live longer than that - we'll be sure to direct your questions to the right people even after this time window.

We are the Global Bitcoin Alliance, a decentralized network of non-profit organizations that promote and protect Bitcoin around the world. We have been promoting Bitcoin for some time, providing information, encouraging business and individual adoption, locally in our respective regions, and globally.
To facilitate better communications with the community, we are doing an AMA next week on Sep 22, 7 PM GMT. Representatives from at least Argentina, Canada, Israel, Hungary, Belgium and possibly more countries will be here on reddit answering all your questions. We will update this post with the link to the AMA when it starts, and post it on our Facebook group).
Update - here is the ongoing AMA.

Peter Schiff Says He’s Lost His Bitcoin After Wallet Freeze-Out. “I just lost all the Bitcoin I have ever owned,” Schiff, chief global strategist at Alliance Global Partners, said. “My wallet got corrupted somehow and my password is no longer valid."

Proposal: Let's use "Liquid Feedback" for development and decision making!

Dear Blackcoin community and Blackcoin Foundation Members, I would like to propose the use of http://liquidfeedback.org for development and decision making.
Based on my observations on reddit, irc, bitcointalk and so fourth I got the impression, and I guess I am not alone, that discussions turn in circles or regularly get lost and picked up again. Blkfeed.com, Blackcointalk and the new Wiki are great solutions to gather and summarize everything, and some individuals regularly make an effort to summarize events, projects, developments and announcements. (The Blackcast too is great for this!)
But with the help of "Liquid Feedback", we really can make a difference in decision making, and show cryptocoin land that transparent, open and effective development is totally doable!
Not only will we make our self once again distinct from other communities, we will also show how a foundation and community can work more effectively together as opposed to the continuously controversial Bitcoin Foundation. It would be a win win for everybody, since there is also in the Blackcoin community still a certain distrust towards the BLKFoundation. I would also suggest that each project and foundation member has a public Blackcoin address, and that BlackHalo MultiSig and contracts will be used for larger expenses or accounts.
Lets start the discussion, and it would be awesome if some people can make an effort to get this realized. I will help were I can.
Best, Alec from Bitcoin42
My BC tipping address is BFAj5qFVFH6kwwjWbUxMqgxVN5jmXC7NEE
EDIT: Also I would like to add that what these guys are doing is a good direction: http://www.global-bitcoin-alliance.org/

Peter Schiff Says He’s Lost His Bitcoin After Wallet Freeze-Out. “I just lost all the Bitcoin I have ever owned,” Schiff, chief global strategist at Alliance Global Partners, said. “My wallet got corrupted somehow and my password is no longer valid."

How I feel about the Bitcoin Expo after the last day

Overall, the convention was great. A lot of great speakers showed up and most of the talks were rather interesting.
What was the takeaway from the last day:

As a human being who happend to be born between the Jordan river and the Mediterranean sea, I am disappointed in /r/bitcoin

Some of the comments on this post are embarrasing: http://www.reddit.com/Bitcoin/comments/260mia/with_little_publicity_israel_has_grown_into_one/
There are some people in Israel working tirelessly to make bitcoin as global as possible, with many discussing with people on the "other side of the border" on how to get bitcoin to be a truly revolutionary tool for empowerment and non-aggression. Believe it or not, not every "Israeli" is out there harassing and murdering Palestinians (while many bitcoiners would do more than they currently can about the situation if it wasn't such a police state). I'm sorry as much as you are about the violence and harm to innocent people because of a bunch of psychopathic maniacs who brainwash millions of people to pick up arms. This saddens me.
But if you're serious about bitcoin, the Israeli bitcoin community is one to note, being one of the most impressive in the world and beating other major communities by serious metrics despite it's tiny size. /Bitcoin would be shooting itself in the foot by ostracizing the Israeli community. Just to get an idea (remembering that this is a nation of just 7 million people):
http://community.alefbit.com
If you want to get to know the Israeli community more feel free to pm me, I will probably know who to get you in touch with. Don't forget to get your tickets to the Inside Bitcoins conference in Tel Aviv! (http://bitcointlv.com/en/) A great opportunity to meet some of us :)
(edited typos)

Just want to remind everyone that we are doing an AMA in about 19.5 hours. More details here. See you soon!
Update - Here is the ongoing AMA.

The Bitcoin Alliance - Yours If You Want It

Cross posted to bitcointalk
In the most recent episode of Lets Talk Bitcoin, Anthony Di Lorio of The Canadian Bitcoin Alliance and Andreas Antonopoulos discuss the Bitcoin Foundation and The Global Bitcoin Alliance. Well worth a listen. I'm personally ambivalent to the politics of the former but do like the concept of a loose federation of groups grown from the ground up. To me, such an alliance of people helping themselves fits well with the bootstrapped nature of the blockchain.
In the next few years, beyond the early adopter phase, tens of thousands of business people and millions of ordinary citizens are going to form thousands of adhoc groups trying to get to grips with this thing. They will come together to learn, to brainstorm, to collaborate and to share.
In the spirit of decentralised organisation, I have set up a site at http://thebitcoinalliance.com and offer it free to anyone wishing to use it. You do not need to be a member of any club and do not need to pay a joining fee or subs. This is a service to the community and if the Global or Canadian Alliance wish to take it over, I will donate it to them as long as they leave it free for anyone to use and membership to the wider alliance remains optional.
Intended as a work-space and a way to make and maintain connections, you can form or join groups – semi-public or private - to discuss a subset of your interest. This is a blank space to use as you wish. Create a forum, make connections, form discussions based on a project, location, language or topic. Find experts. Make things happen or chew the fat.
I'm a writer, not an entrepreneur and have asked no-one's permission to do this. Although I align myself with the aims of The Global Bitcoin Alliance, I represent no-one and will not speak on anyone's behalf. I simply like Di Lorio's and Antonopoulous' approach and have taken the logical next step. Crypto currencies and trustless networks are set to change the world. They will foster the next wave of decentralisation and self-determination. To that end, we need tools to connect and network. Until we can turn it into a DAC, I hope this will be a useful compromise.
Right now, there's no-one there. It's yours if you want it.

Andreas Antonopoulos: "Blockchain Alliance is a terrible idea. Spend money fighting poverty, not phantom threats used as excuses to fund war and surveillance. // Bitcoin is economic inclusion, global access and anti-poverty. If you want to help law enforcement, blow the whistle on a fat cat banker."

What are the odds that the International Cyber Security Protection Alliance (ICSPA), which had a 2 page article in the 2013 G8 trade magazine calling for a global ban on Bitcoin, opportunistically used the Paris terrorist attack tragedy to push for the recent G7 plan to restrict Bitcoin?