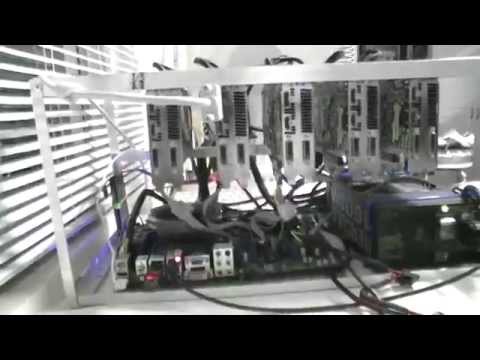 Bitcoin Mining Profitability: How Long Does it Take to Mine One Bitcoin in 2019?

Our hashrate according to Coingecko (http://www.coingecko.com/) is currently at 63.4GH/s.
This has been rising steadily since the start of June, from when it was around 40GH/s (http://bitinfocharts.com/comparison/hashrate-doge.html).
The adoption of asics is mainly what is causing the increase, and although the price is still fairly low in comparison to previous months, the steady hashrate is very welcoming.
With the next halvening in just 3 weeks time (http://www.somegeekintn.com/doge/half.html), the supply of Doge onto the market will be substantially reduced - by half in fact! ;) The main reason that Doge's price is where it is is simply due to the basic laws of supply & demand - there's just too many coins being dumped onto the market and not enough buyers to boost it.
We've expected the past halvenings to have a positive effect on the price but ultimately they haven't - however with the growing trickle of asics onto the market I'm expecting this one to be different. The rewards aren't great for mining most scrypt coins at the moment, yet people are still mining away. The faster asics still haven't touched down, but when they do they could have a very postive effect on the whole of the scrypt scene.
Many people heavily involved in Bitcoin mining that I've spoken to recently expect asics to have a similar impact to what they did for Bit, and I personally feel this to be true. I know that one person with a very large Bitcoin farm is investing a sizeable amount in a Scrypt farm - with a bunch of KNC Titan's currently on order (https://www.kncminer.com/categories/litecoin-mining-hardware) - impressive stuff!
So, will this next halvening be the first to have a real impact on the price?
EDITED: "July" to "June". Doh.

My first mining service CloudHashing, is not a scam but the worst service ever.

I posted this here https://bitcointalk.org/index.php?topic=163741.msg3412553#msg3412553
"I pay for a silver contract, which is 4ghs for a year, called september contract. They said start mining on 26th of september. I paid the 9th, payment didn't show up on their site until 13th. Nobody answer my question about this issue of payment, finally was accepted. It was priced as 280 USD, but they billed me 209 GBP, with exchange on 13th of september 209 GBP = 332 USD so that is false advertising.
After delayed the mining until 30th then in october they delay again 2 weeks. So we got mining at 100% on 15th of september, but until yesterday we couldn't know what we had mined or the hashrate of the farm. They were coding pool and rewriting stramtum (as they said). I got answered by customer support but lots didn't got any answer.
So my september contract that started on october but october contracts are cheaper. They refuse to refund, well didn't refuse just don't answer. I asked about the difference on price and billed (they were using an exchange from july and i paid on september!!!) the answer I got is bitcoin is risky business.
Apart from that the price was high, they didn't deliver on time, they don't male responsible of their faulty service. Their compensation to all that problems is no charge that 10% of management before 23rd of october and an extra month of service. (they started one months later so that is respect to the contract.
we are trying to get together all unpleased customers to ask a refund, so if you want to join keep an eye to this thread and this one https://bitcointalk.org/index.php?topic=173316.1080
Now they made the pool and it works very bad, still no answers from customer service. I just want my 209 GBP back."

I just bought an antminer u1 which hashes oc'd at a stable 2.4GH/s for $30 shipped on ebay. I'm currently using it to mine bitcoin on bitminter. is there a more profitable sha256 altcoin? is there a more profitable pool that i should be looking at? from what I see of my current calculations, antminer u1 is unprofitable per http://www.bitcoinx.com/profit/ as it will take 3 years to make back the $30.
I'm currently running all kinds of calculations on the profitability of an additional hardware investment. the antminer s1 seems to be a (fairly) reasonably priced miner (~$300) (though i'm very annoyed they don't include a power supply grr which would be another $150 or so making the hardware investment $450) that can do an advertised 180GH/s with promises of 200GH/s overclocks if i void the warranty at ~400 watts (which im sure is really closer to 500w).
My current power rate in my area (i just looked at my bill and added up all the extras and such) is .36/KWh.
what do you guys think of general hardware bitcoin mining profitability?
are there other asic miners that i should be looking at?
EDIT: my apologies, I reworked all the numbers again and it looks like i'm only paying .162/kwh sorry about that... i was busy at work when i went through it the first time.

Dr Jally or: How I learned to stop worrying and love the ASIC.

I was a late comer to the bitcoin love, I started mining last summer, nothing major, have never had more than 600Mh/s to my name really... but on a whim I ordered a Jalapeno in late august, and then I tried to put it out of my mind as everyone else fought over if BFL would ever ship or not, etc.... I just figured that worst case, the money was gone really... lo and behold, it arrived about 3 weeks ago, let me briefly share a few things, as some of my tinkering and experiments may benefit others:
This past weekend I opened the little black box of mystery and had some fun:
I plugged everything back in, powered up my host... and noticed my jally was just flashing like crazy and my host couldn't see it. uh-oh. I powered it off, back on, and it was fine. Since then I've powered it off about 10-20 times, and twice it would go into "super fast flash like crazy but not work" mode. Simply unplugging and replugging would solve it. I have not dug into this at all, but I think it's failing to init or pass the boot up tests. There's word around town that you can tweak the firmware to push speed further or reduce the strictness of the tests it does, but I'm happy with what I've got, so I'm leaving it:
Right now
Other than to change coins or work on my host system (now that it's a raspberry pi I don't think I'll be changing it much more), it's been running non-stop at around that rate/temp since the weekend.
Right now my little rPi host is bashing away, with the jally and three block erupters (I know they'll most likely never reach ROI for themselves by themselves, I just wanted to tinker, but still may add a couple more to break 10Gh total just for bonus points), the jally firmware "upgrade" everyone talks about is really designed for one of the other models (the bigger ones), and that's why I think it reports as "BFL 0h" or "BFL 0d" I assume "d" and "h" are the two ASIC spots on the jally board that actually have chips on them in the jally...
I figure all in I'm looking at around... lets say $650 and 90 watts (max) total for ~8.29Gh/s... The erupters really distort my numbers right now, (without them it'd be more like $350 and 80 watts (max) for ~7.3Gh/s)... but again, hashrate is addictive.
The jally power supply has always seemed to run hot to me, even before I pushed the update firmware, so I may try and find a biggebetter quality PS for it, and more erupters will sadly mean I need a new usb hub, as my current one is only rated for 5v 2A, and it has to be close to that with 3 erupters, the pi, and the usb fan. :/ So I guess I've still got more investment to go, but it's just a hobby, I can quit anytime, right?
right?
tl;dr edition (or what I learned, without the story):