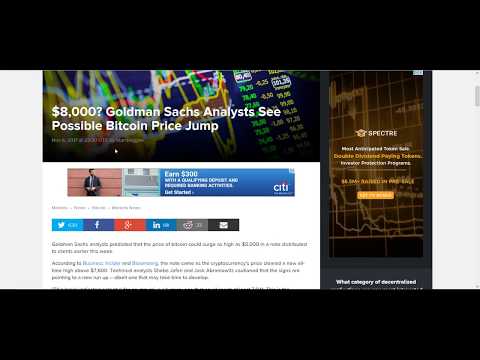 When people talk of deflation and Bitcoin, they mean that you need to pay fewer and fewer bitcoins for the same things because the demand for bitcoin grows much quicker than the supply.
We generally assume this will continue and when people talk of a price of $100k per bitcoin or similarly enormous sums, they implicitly assume that Bitcoin will be the only one. You arrive at these sums by taking all the use-cases, industries and functions that Bitcoin can do better than the current financial system, you calculate amount of money that will be needed as a consequence, take into account velocity, divide by the number of bitcoins and voila: We have a super-high price and we’re all rich:)
But there is one thing that is generally ignored. The cryptocurrency infrastructure can handle any of the cryptocurrencies similarly well. For a provider like BitPay it would (presumably) be very easy to switch to Litecoin, Dogecoin and Whatevercoin with ease. Even more importantly, they could accept different cryptocurrency simultaneously. (As long as a liquid market exists for them.) In the future payment providers, wallets and other services will handle multiple currencies simultaneously.
This could, for example, mean that you’ll need ‘a’ cryptocurrency to do remittances cheaply, but any number of them would do the job.
It seems, this could destabilize the deflationary characteristic of Bitcoin. If cryptocurrencies can be substituted for each other, then we need to think of the money supply not in terms of Bitcoin but in terms of cryptocurrencies and obviously the supply is no longer limited.
The key question this revolves around is how large are the network effects? How much more utility does one currency vs many currencies provide? Currently, you can’t do much with other cryptocurrencies so there are strong network effects. But if services make seamless, cheap and instantaneous exchange possible between currencies (and I think they will) these effects will decrease.
Am I correct? I would love to hear some thoughts and scenarios about how this will play out.
Note: - These concerns were mentioned by several people in the recent Goldman Sachs report on Bitcoin: http://www.scribd.com/doc/212058352/Bit-Coin. I highly recommend reading it. While it’s critical, it’s well-written and thoughtful. - We also discussed this question on our last podcast episode (Epicenter Bitcoin) with Sebastien Couture and Jonathan Levin of Coinometrics: https://soundcloud.com/epicenterbitcoin/eb-011 (The relevant discussion starts around 1h24m)

If Goldman Sachs makes a market in the offered Product, the price quoted by Goldman Sachs would reflect any changes in market conditions and other relevant factors, and the quoted price (and the value of the Product that Goldman Sachs will use for account statements or otherwise) could be higher or lower than the original price, and may be higher or lower than the value of the Product as ... r/Bitcoin: A community dedicated to Bitcoin, the currency of the Internet. Bitcoin is a distributed, worldwide, decentralized digital money … Press J to jump to the feed. Press question mark to learn the rest of the keyboard shortcuts. r/Bitcoin. log in sign up. User account menu. 3. Goldman Sachs Bitcoin Report. Close. 3. Posted by. u/mybitcoinalternate. 5 years ago. Archived. Goldman Sachs ... Finance and Banking Alert 7 April 2016 - Free download as PDF File (.pdf), Text File (.txt) or read online for free. ccc According to Goldman Sachs, in 2013 money transfer fees would have fallen by 90% if Bitcoin had been used. Since its inception in 2009 the prices have surged significantly. Initially, 1 Bitcoin was worth US$ 0.01 and currently its price is around US$ 500 (as in August 2014) Market intel from Goldman Sachs suggests investors should capitalize on the current price dip and buy bitcoin. In a series of slides prepared by a technical analysis team and sent out to some ...

NEW CHANNEL: https://www.youtube.com/channel/UCH9HlTrjyLmLRS0iE1P4rrg ----- Rich Dad Poor Dad: https://amzn.to/3cKJ4Ia C... Cryptocurrency 24 hours 24/7 news Altcoin ASIC/ASIC Miner Blockchain Distributed & Central Ledger Fork Hashrate Mining Node P2P Public/Private Key Signature Smart Contract 1 Bitcoin BTC 2 Ethereum ... This information is not intended to slander harm or defame any of the actors involved but to show what was said through their social media accounts. Please take this information and do your own ... 🔵 Unstoppable Domains (Crypto Domain) : https://unstoppabledomains.theblockchaintoday.com Bitcoin News, Technical Analysis & Trading Channel. SUBSCRIBE For ... Bitcoin dumped from $12,000 down to $10,500 within mins. This is what you call a proper Shakeout. So what's next for BTC? Also why is Goldman Sachs is So Scared of Bitcoin and Gold? Lastly, Max ...